Celia had already prepared for this. “Captain Merrick. I have proven to be an asset to your ship in many ways. I have trained Ian on knots, worked without complaint, and stayed out of your way. If the other crew are allowed on the island, I should be too.”

Merrick considered her words. If he allowed her, she’d surely try something. She was not as obedient as she proclaimed. However, if he denied her, well, he’d have to station a guard and they would surely resent her and him for the babysitting duty. It would also be hard to do shifts as most men disappeared for the night.

“I will consider it. This is not an island you have been to, Celia. It is for pirates only. No military. Drunk men wanting a piece of you will not be deterred by your ‘I’m a lady!’ speech. And I am not your babysitter, nor are my crew. If you run into trouble, you are on your own to fix it.”

Her mind was already working on a response. “Then may I have a dirk to protect myself with?” Dirks were smaller than swords, bigger than daggers. It would be a decent weapon of defense but not such as to draw large attention. Most pirates would be carrying some kind of weapon.

If Merrick allowed this, it would be more helpful to her than him but he didn’t want her facing this island completely defenseless. “Yes. You may have a dirk. A single dirk, mind you. I will be watching your selection. You can’t wear your clothes to this. They stand out too much. You should either wear a dress or a loose fitting shirt of mine with your breasts bound as tight as you can. You.. draw attention too easily looking like this.” He waved his hands to indicate her chest, which she hadn’t thought about as being a distraction since their first few days together.

Celia blushed. Merrick hadn’t made any moves on her since the incident with Ian. In fact, he’d had trouble meeting her gaze at all. It wasn’t that she wanted him to necessarily, but it was always nice to be admired. She wasn’t sure if after the duel he still found her attractive. Her strange upbringing had turned more than one man off from sending a marriage proposal.

Merrick watched the blush creep up her neck. She was so beautiful. He had stopped himself from touching her since she had thrust herself between his whip and Ian. It was painful that he had hurt such a beautiful and strong woman. Her words that day had cut him and made him reconsider everything. Ian had been doing excellent work with Baba, just as she’d said. That day still haunted him. He knew she’d never let him near her again. Her expression that day still accosted him every time he closed his eyes. The hurt, exhaustion, and worse of all, loss of respect.

He knew she would try to escape. He probably would have too. If she can do it, then he’d let her go. But could he? Every glimpses of her made him want her more and more.

“You’re blushing, Celia.” His voice came out rough. When she looked at him he let his desire for her show plainly in his face. He went to his closet and took out what she’d need. “Here are some clothes. They will help hide some of your curves.. but hopefully not all of them.” What was he saying? He’d done so well keeping his arousal around her turned down and now he may as well say ‘fancy a bedding before you go?’. She was driving him mad! He needed off the ship and to find someone who would take care of this month long erection problem.

Celia was bamboozled. He’d been so restrained around her. Now that she was leaving the ship for a night he was showing her blatant desire. What was with him? She didn’t know if she wanted him in that way anymore. She was not on the seas for romance. She was here to do a mission. Ala Qitar’s alleged actions had not stopped crossing her mind. She had to get there to confirm her suspicions and then warn Minkerra. “Thank you.” Her response was brief but what else could she say?

She iced him out. No hint of arousal. Merrick sighed. “I’ll be waiting outside.” Once Celia had changed, they picked out her dirk and walked to the deck. It was a ghost town. The crew had long ago jumped from deck to dock. Merrick pressed something into her hand. Her seal! She had almost forgotten about it. She wanted to say something, but he was already across the deck. It was like he was saying goodbye. He grabbed a rope and slid to the dock, disappearing from her view.

Celia took a breath and then followed him to the dock but he was gone, lost in the sea of drunken pirates and alluring women selling the night away. If Celia was going to get on a ship she needed to find out which one was heading to Ala Qitar. It was a major country dealing in jewels and fabrics. A pirate ship was bound to head there to offload loot. Not to mention that unlike Minkerra, the Ala Qitar slave market was going strong.

Celia pushed through the throng and found a promising bar. She was just about to ask the bartender for information when a familiar voice shouted near her. “Celia Grey!!!! Left Daddy and became a pirate eh? How much for tonight baby?”

Celia stilled. It was Karl von Hund. Hadn’t he been next in line to inherit his father’s Earldom? “Karl, how unpleasant to see you here. Unfortunately, I did not want you then, and I do not want you now. What happened to you? I’m surprised you’ve left your riches behind for the life of a pirate.”

His face twisted with rage as he grabbed her arm. “What happened? Your family happened. Your father went home tattling to Minkerra’s Queen about our family business. Next thing we know our whole town is ‘relocated’ and our titles stripped. Our people revolted. I am here because there is no other place to be!” His hand was crushing her wrist.

Celia carefully pulled her dirk free and slammed it between his fingers splayed on the bar. “Careful, Karl. You might want to remove your hand from me before this one gets a trim.”

Merrick watched Celia and this buffoon go back and forth. So she was seeing the ugly side of her father and didn’t like it. But would she accept it and try to change things or keep doing Minkerra’s bidding the same way? He started to help her but she was impressive on her own. Besides, he wanted to observe without her seeing him.

A hand lightly massaged his ear, trailing down his neck. “Merrick, you’re staring. Perhaps you should go home with her tonight. Find yourself someone with the same fire you have.” Merrick looked up into the woman’s laughing eyes.

Kiki was taller than average. Tan with a reddish hue to her dark skin, she was a beauty by anyone’s standards. Her eyes were a light blue with a green ring around the iris that had a man emptying his wallet to spend even a minute alone with her. Jet black hair framed her face and then hung silkily to her waist. Her lips were full and pouty, as usual colored a bright red which contrasted against her eyes and skin.

Merrick had known her for as long as he could remember. She did well here on the island. With her beauty and smarts she was protected like a sacred jewel. Security outside the doors of her suite, money that she usually gave to the orphanage. In all respects she was perfect, but they had never been more than friends. For a while he thought he was in love with her but it was lust that drove them together. Their relationship was ideal for the both of them. A best friend and confidant who could also satisfy urges of a young sea captain.

Merrick sighed. “Kiki, if you only knew who that lady was. She’s not one of us. Besides, nobody compares to the comfort of your arms.” His sassy wink earned him a laugh.

“Merrick, you are a scoundrel. Perhaps a lady like her would help clean you up a bit!” He grabbed her and kissed her the way she liked: slow and deeply. She purred against his lips. It felt comfortable, but his usual arousal from Kiki was half-hearted. It paled in comparison to the fiery trail Celia had left.

Just thinking of her made him want release. “Let’s get out of here, you think?” She nodded.

Celia didn’t notice Merrick leading Kiki behind her. She didn’t feel his heated gaze on her back. She was focused on the increasingly heated exchange with Karl.

He was screaming at her now, “You trumped up cow of a woman! You’re probably still a virgin with daddy holding your chains!” The bar got quiet with more than one interested look her way.

Celia nervously laughed, retreating to the door. This was going nowhere. She stormed from the bar to find another. She was going to get her information, get her documents back from Merrick and then leave. That was final.She didn’t see Merrick’s eyes widen at the revelation, the pieces falling into place for him. Her shy inexperienced hands stroking him, her timid kisses. 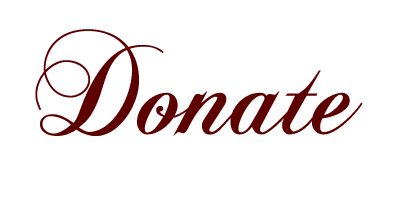 Donate to keep this story going! Any amount helps and is so appreciated.